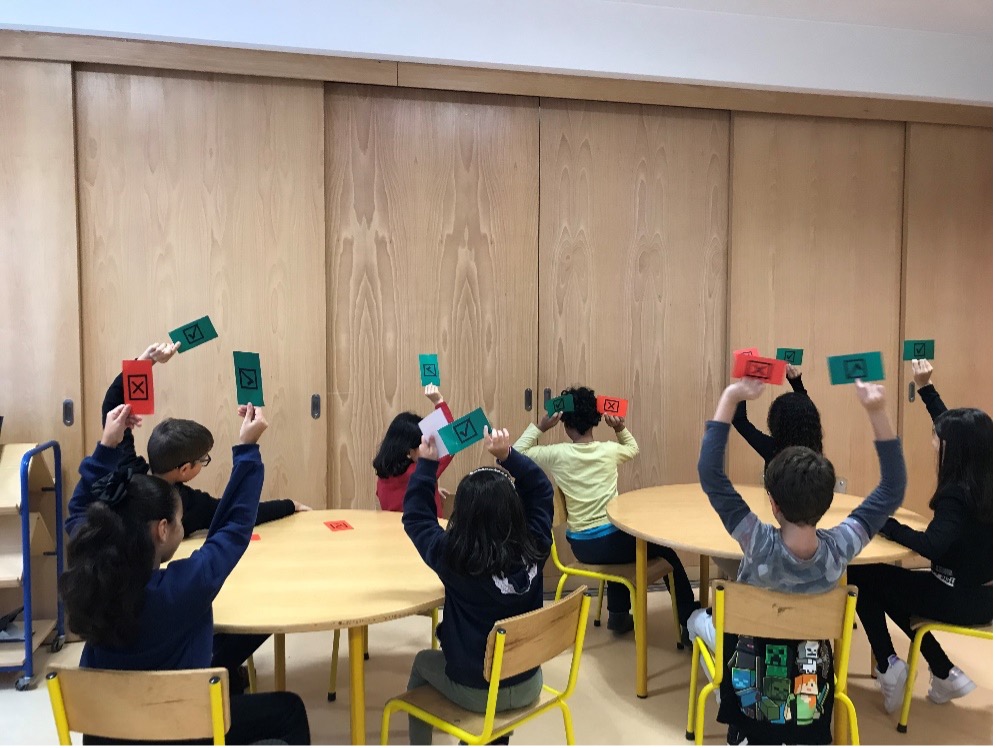 From October to December 2022, ten Portuguese primary schools from Braga have been piloting the PASSAGE project Work Package 2 which will result in the involvement of sixty Portuguese pupils acting as role-models in a peer-to-peer mentoring perspective and actively contributing to the successful integration of sixty newly-arrived pupils coming from third countries (mentees) also involved in this programme.

After taking part in the workshop “Mentoring and Role Models in Supporting the Integration of Migrant and Refugee Pupils” developed by pedagogical experts, teachers have matched the mentor-mentee pairs of pupils composed by local pupils and migrant and refugee pupils. They have selected some activities suggested during the workshop and have worked on them with their pupils in their classrooms.

According to the feedback provided that those teachers, all the activities were really efficient and positively welcomed by the pupils. One of the activities implemented was the “I have/I have never” activity during which students were supposed to rise or show a green/red card according to the situations read by the teaches. The list of situation varied from: “I have already had difficulties in understanding the language spoken in this school”, “I have already felt different in this school”, “I have already helped a friend of mine to understand the teachers’ instructions”, “I would like to have a friend to help understand the rules of the school”, etc.

Another activity consisted of asking the pupils to draw what they enjoy doing during their free time in order to show them that despite coming from different backgrounds, they share the same interests and that can be a great starting point to foster the integration of refugee and migrant pupils in classrooms as well as in schools. All the activities were an excellent way to give voice to the migrant and refugee pupils as regards their feelings and emotions as well to enhance the local pupils’ sense of responsibility and solidarity.